The Texas Legislature has implement a set of regulations to unify the way the eviction laws are regulated statewide.  Up until now each court could pretty much interpret and use the laws how they decided they want to implement them.  There in different courts you had judges able to render judgments quite differently on the same set of regulations.  Well that is coming to an end August 31, 2015.   The rulings will have to abide by the legislatures guidelines on interpretation and execution of the law.

Here is an article from the 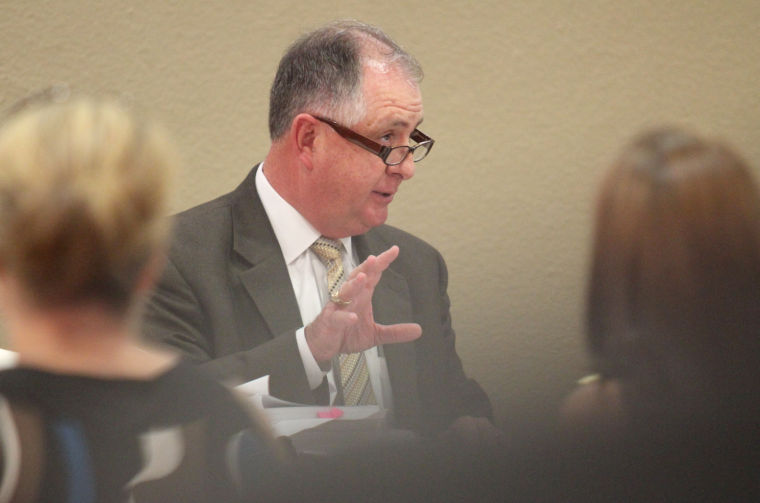 Bill Cooke, Bell County Justice of the Peace, speaks during a meeting Wednesday, Aug. 7, 2013, at the Central Texas Home Builders Association in Harker Heights with landlords, property managers and property management companies of Bell County about rules changing for evictions.

Beginning Aug. 31, all 254 counties in Texas will have to abide by the same rules for handling evictions, a process that previously remained open to interpretation by local small-claims courts.

The changes — adopted by the 82nd Texas Legislature — forced landlords to tighten their policies to avoid costly lawsuits from residents, said Gregory Johnson, who manages a 40-unit rental property in Killeen.

Johnson said he files about two eviction petitions every three months, but some area property owners file as many as 10 per month.

“It makes us more … organized about our policies,” Johnson said. “The residents have more protection, so you have to know the law — the judge is not going to give you any leeway.”

Moving delinquent renters out as quickly as possible can be critical so landlords don’t lose less money, Johnson said.

In small counties, where precinct judges do not work full time, securing a court date in less than a month can be difficult, but the new law forces the courts to set a date within a 10- to 21-day window.

“Timelines are so important and these rules were written out to help landlords deal with these tenants who are not paying rent,” said Bell County Precinct 4 Justice of the Peace Bill Cooke, who is a full-time judge.

Cooke said his office processed 239 evictions in July — a rate of nearly eight per day.

Cooke gave a public seminar on the changes, hosted by the Apartment Association of Central Texas in Harker Heights, on Wednesday.

“(These changes) are not only going to give opportunity for more rights for the landlords but repair and remedy for tenants as well,” Cooke said.

The new laws will force landowners to take all of the tenants on a lease to court in order to evict them from the property.

Landlords previously took just one renter to court for an eviction hearing.

Such a change has increased eviction fees for landlords by an additional $100 for each resident on the lease.

“I have to watch for the tenants’ rights as well as the renters’ rights,” Cooke said. “This eliminates those who say, ‘You can’t remove me; I haven’t been brought to court.”

For Harris County this really does not change much as we are required to file the eviction for all parties on the lease and pay the extra fees per person on the lease.  But what it does do is erase any ambiguity in a case of whether the system is fair across the board and the fact that it will speed up court cases which can sometimes really be a burden on the landlord.

To avoid any problems with executing these new laws let us help you and get your rent or you house back.